Vegetative propagation is utilised in many agricultural and horticultural industries as it is fast, relatively simple, and has the benefit of maintaining desirable genetic traits. With root development rate as the major limiting factor in vegetative propagation, and the recent growing interest in organic/non-hormonal plant growth methods – there is a high demand for biostimulant-based propagation methods.

Nutrifield R&D has once again teamed up with RMIT University to test the root-promoting effects of the regarded biostimulant complex Root Nectar®, and the biostimulant willow bark extract, on vegetative cuttings from lavender and Chrysanthemum. These findings were published in the journal Scientia Horticulturae, and titled “Willow bark extract and the biostimulant complex Root Nectar® increase propagation efficiency in chrysanthemum and lavender cuttings”. 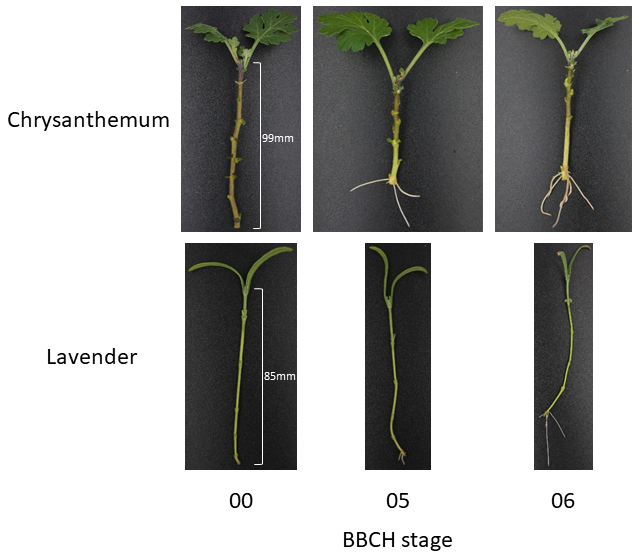 The complete results of this study were published in the journal Scientia Horticulturae, which can be found here: https://doi.org/10.1016/j.scienta.2019.109108 – the title page has been copied in below.

Go check out our previous write up on our presentation at the industrial hemp seminar in Wodonga: https://nutrifield.com.au/research-development/aiha-industrial-hemp-seminar-in-wodonga/ 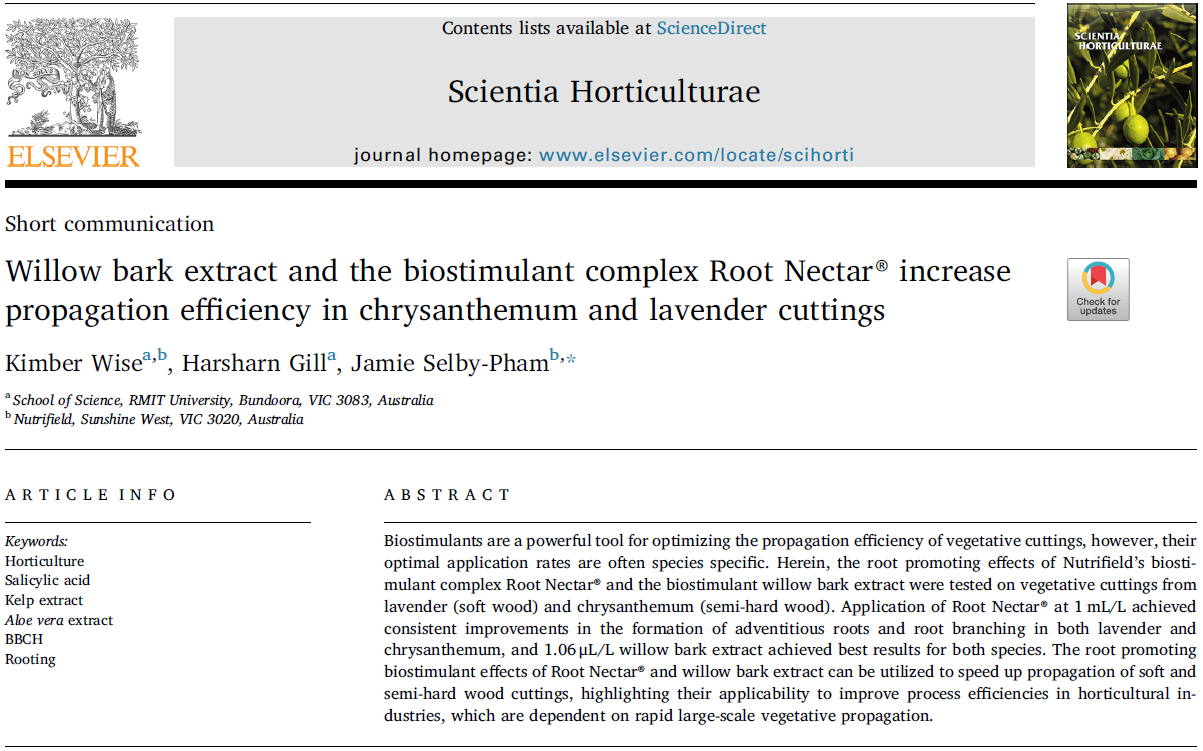